Partisan Du Sens for Bollinger B13

A product born from a turbulent harvest and rooted in sustainability

In the year 2013, we witnessed Barack Obama's second inauguration, 12 Years a Slave winning an Oscar for best picture, and Pope Francis gracing the cover of Times magazine as the person of the year. While many of these events are distant memories that also feel like they happened yesterday, many people won't remember that 2013 was also a year marked by severe weather conditions. This long winter of snow and frost had a particular effect on Champagne regions, which struggled under such tumultuous conditions.

Yet despite these trying circumstances, Champagne Bollinger was able to produce a vintage from its late harvest, and as a result, also made the limited edition B13 (which stands for Bollinger 2013) – a 100% Pinot Noir. Whenever the French champagne house releases a new vintage, it always creates a buzz within the wine community, thanks to its sparkling reputation and exceptional craftsmanship. And B13 continues to live up to this legacy. Due to the attentive and ethical farming practices that Bollinger employs in the vineyard, it constantly benefits from undeniably high-quality grapes, no matter how difficult certain years can be.

To make this vintage truly one of a kind, Bollinger collaborated with renowned global design agency Partisan du Sens, who share common values and similar creative philosophies. In describing the identity of the bottle, Isabelle Francannet, Product Development Manager at Bollinger explains: “We chose the name and the accompanying emblem ‘B13’ because their simplicity and obviousness are the results of a two-step reading. Inspired by the B of the house, the entire letter is divided in half when the packaging is opened to reveal the 13. It's a very proprietary and pure identity, in which the Bollinger B and vintage year become one". A white and black contrast reinforces this identity, referencing the snow and frost that characterized 2013 and the Pinot Noir grape variety. A close look at the box reveals a distinctive pattern of lines that mimics the rows of vines and the chiseled profile of the bottle, while also capturing the harmony of different notes within the vintage.

But this limited release goes beyond just aesthetics and also places sustainability at the heart of creation. “Our creative process began by anticipating the stages of the product's life to identify the key points that would minimize the environmental impact”, says Gérald Galdini, CoFounder & Design Manager at Partisan du Sens. “In order to express the qualities of this limited edition, we chose a 100% recyclable case made from mostly recycled materials that reflects both the vintage's signature and Bollinger's vision”. In discussing the printing process, Céline Rousselet, Commercial Project Manager at Autajon, one of the most reliable packaging manufacturers in Europe, adds: “As a result of using eco-friendly materials, embossing finishes only and minimizing anchoring (without hot stamping), the box's environmental impact was minimized, and the molded cardboard wedge allows the box to be recycled without having to separate its parts”. Lastly, production was carried out in France to reduce transport-related carbon emissions.

While supporting Bollinger throughout the project, Partisan du Sens chose the Plus version of Avery Dennison’s Fasson® Cotton White pressure-sensitive paper for the bottle label. ‘We wanted to add a mineral touch to symbolize the chalk - one of the key characteristics of the wine region – and this FSC certified paper helped us achieve the desired texture for that. We were also interested in the paper's water resistance feature, which is essential for a product of this quality, as it ensures that the labels remain intact under humid conditions or while stored in ice buckets”, explains Galdini.

Bolinger is undoubtedly one of the greatest houses in Champagne and it has made some truly exceptional bottles, including B13. The vintage was overwhelmingly well-received by consumers and the media, with Terre de Vins praising the design by stating: “On the one hand, we have the choice of a 100% Pinot Noir and on the other hand the whiteness of the chalk of the grands crus and premiers crus that make up the exclusive blend”. In addition, Millésima reported: “This limited edition magnifies both the singularity of the vintage and the pioneering vision of the Bollinger Champagne House”.

2013 was host to several events that will be remembered for years to come, and the severe weather conditions may have been challenging at first, but it allowed Bollinger to produce B13 – a Pinot Noir that we will also savor and treasure. 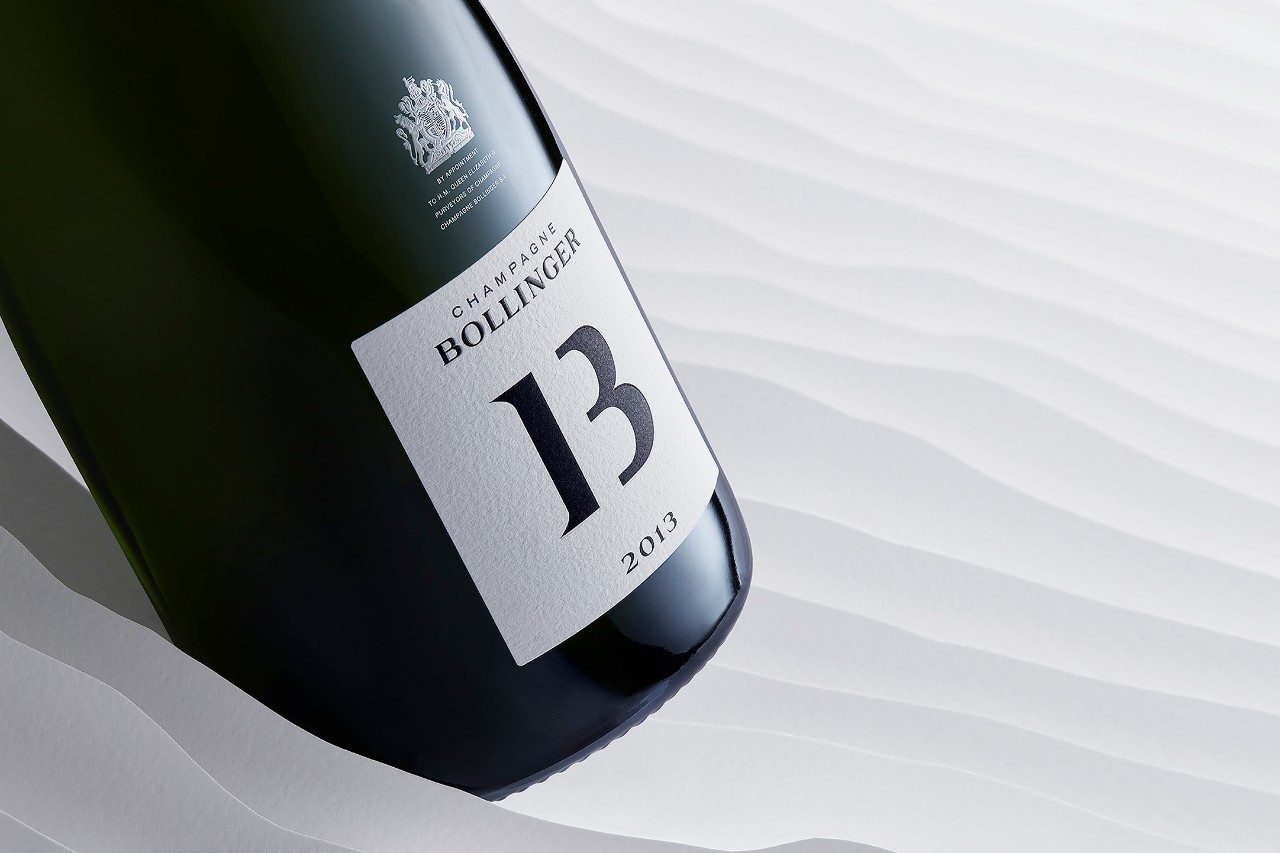 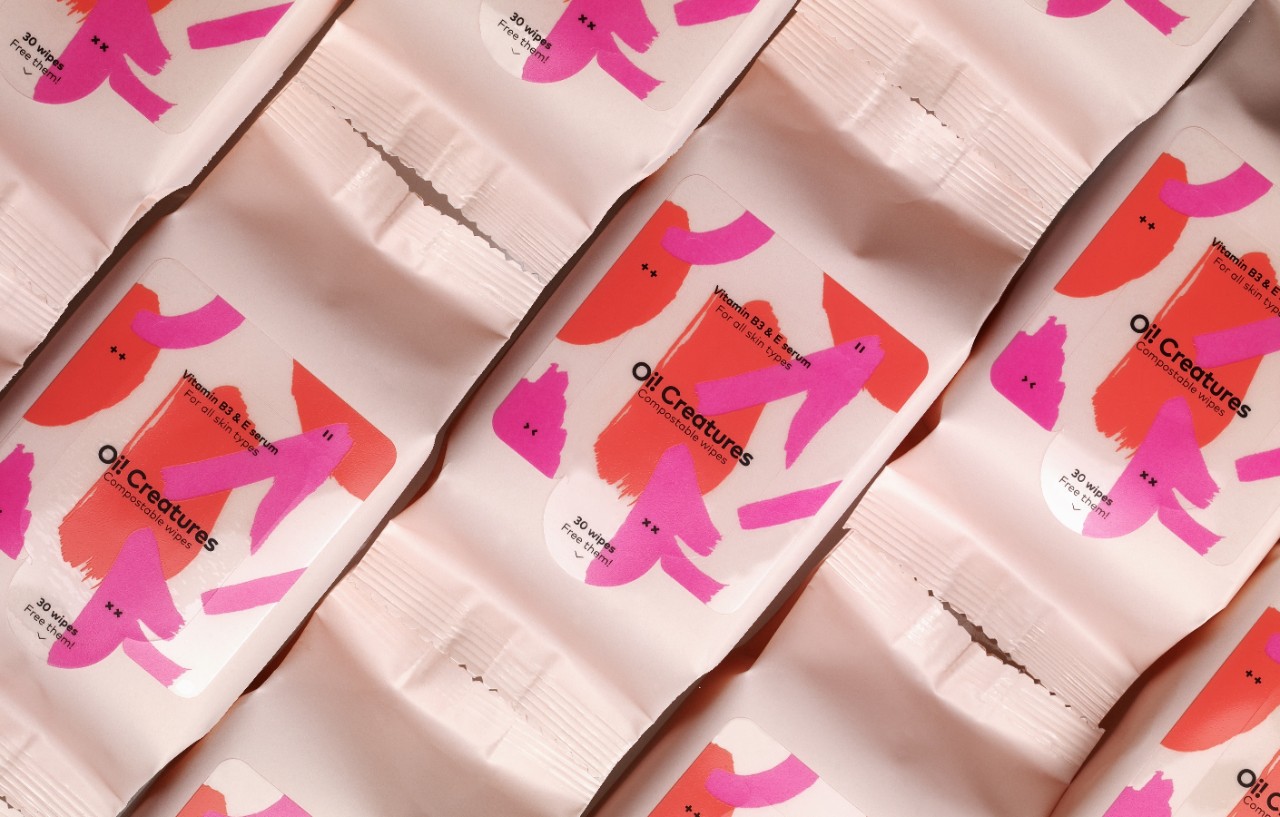